Yuki Fukushima/Sayaka Hirota managed to win the “Civil War” against the other Japanese pair, Mayu Matsumoto/Wakana Nagahara on the final match of Blibli Indonesia Open 2018, which was held earlier on Sunday (8/7) in Istora after winning a three-set game of 21-14, 16-21 and 21-14.

The win secured Fukushima/Hirota’s first title in Blibli Indonesia Open 2018, and simultaneously confirmed their first title in 2018. “As the opponent was also Japanese, we are very happy to be able to win in this year’s Indonesia Open. Moreover, there were many people that support us during the match, as stated by Fukushima after the match.

This result means that Fukushima/Hirota are aiming on their next target, which is they want to grab the gold medal in the 2018 World Championship.

Throughout the Journey in the tournament that rewards the winner to a total prize of USD 1,250,000¸ Fukushima/Hirota had the chance to defeat two Indonesian women’s doubles pair, namely Della Destiara Haris/Rizki Amelia Pradipta, on the first round and Greysia Polii/Apriyani Rahayu, on the quarter final of the tournament. 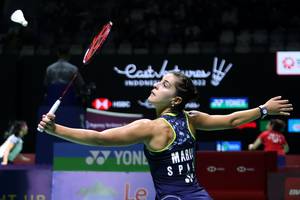 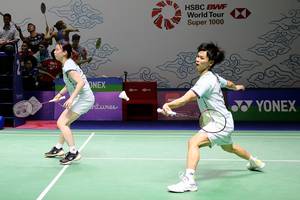 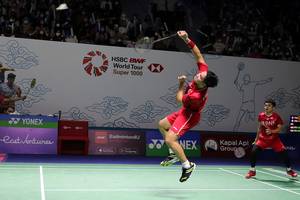