Jakarta | The Japanese Women’s Singles player, Akane Yamaguchi sets her foot in the final round of Blibli Indonesia Open 2019 BWF World Tour Super 1000 for the first time ever. In the semifinal match that was held in Istora Senayan, Jakarta on Saturday (20/7), Akane won a two-set match of 21-9 and 21-15 against the first seeded player from Taiwan, Tai Tzu Ying.

Although winning the game and is through to the final round of Blibli Indonesia Open 2019 BWF World Tour Super 1000 for the first time, Akane claims that she is not satisfied with her performance in the match today. This is because Akane is yet to show her best performance, as Tai Tzu Ying who is the current World’s No. 1 player did not perform at her usual level.

“I know that Tzu Ying was ill today. And she made a lot of unforced errors in the match today. Although winning the match and through to the final, I don’t feel very satisfied with the result as she was not in her 100% condition,” she said.

Through to the final round of Blibli Indonesia Open 2019 BWF World Tour Super 1000, Akane still has to wait to find out whether she will play Pusarla V. Sindhu from India or Chen Yufei, the Women’s Singles player from China, as the match between them will only be played later in the afternoon. 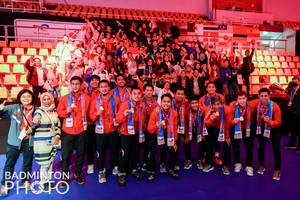 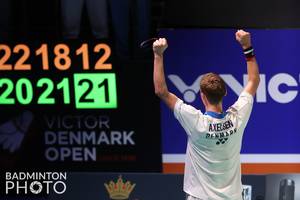 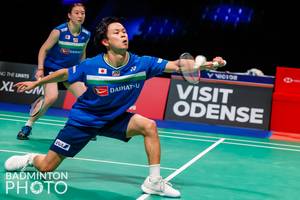